thE troublE with palm oil 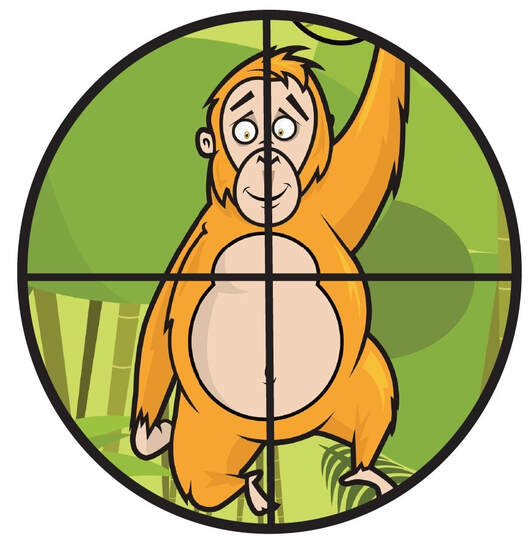 The use of animal-derived ingredients in our culture is so commonplace, it is difficult to divest oneself from them entirely. Consider that much of the fertilizer used to grow vegan food is animal-derived, animals such as mice can be harmed during seed sowing and harvesting, and even the inks and glues used for food packaging may contain non-vegan ingredients. So what’s a vegan to do? Fuel humane innovation by making the “veganest” choices possible.
In fact, increasing awareness of these issues has already resulted in greater scrutiny into how even vegan food is produced. This has fostered changes to how the most conscientious of farmers ply their trade, with an exciting “veganic farming” movement taking root. According to veganic.com, “Veganic crops are planted by farmers with principles, grown without exposure to chemicals or animal manure, or the hormones and chemicals animal byproducts often contain.”  Veganic is a standard one step beyond organic, foregoing not just herbicides and pesticides, but slaughterhouse by-products and animal manure from fish or farms that harm animals.
As the demand for vegan food continues to grow, so, too, will the demand for food grown veganically. Such innovation will ensure that food is grown in a manner which does not harm or kill any animals—inadvertently or otherwise—such as growing plants through indoor vertical farming.* Along with lab-grown meats and bioengineered milk, eggs, and other animal products, vertical farming holds tremendous promise for ushering in a cruelty-free transformation of all food production.
One of the best examples of the need for this more critical approach to how our food, even vegan food, is currently produced is the production of palm oil, a process in which the harming of animals is not only inadvertent, it is deliberate.
Over the last decade, awareness of the health threats posed by the trans-fatty acids frequently found in margarines, snack foods, baked goods, and fried fast food has increased dramatically, with governments even banning their use. As a result, food companies have increasingly turned to palm oil as a viable replacement to these artery-clogging hydrogenated oils. Palm oil is not only healthier, it can exhibit many of the same chemical properties of hydrogenated oils in cooking and baking. In fact, margarines made with palm oil have long been a staple of the vegan diet, used to create the base of most plant-based butters.
But as demand for palm oil has grown, so has the harm associated with its production. More demand means more land is needed to grow the fruit from which palm oil is made. Given that these trees will only grow in tropical environments, the result has been the destruction of rainforests to make way for palm plantations. Animals who live in these forests are dying not only because their homes are being destroyed, but because farmers are deliberately killing them.
According to the United Nations Environment Programme, palm oil plantations are now the leading cause of rainforest destruction in Malaysia and Indonesia, leading to habitat loss for Asian elephants, tigers, rhinoceroses, and orangutans. But even worse is the fate suffered by those animals who are found eating palm fruit on these plantations. They are shot, beaten to death, and even set on fire by farmers.
As a result of the atrocities associated with palm oil production and citing a lack of faith in the reliability of sustainably harvested palm oil guarantees,** some vegans have chosen to eliminate palm oil from their diets. Other vegans argue that not all assurances are created equal. For example, one vegan company recently announced that they only source their palm oil from a company “committed to ethical production, including a zero deforestation policy.” Unfortunately, the language of their guarantee is vague and only talks about protecting “endangered” animals. Whether an animal is considered “endangered,” moreover, is often political in nature. Even when a species is on the verge of extinction, a government may not deem that species “endangered” if doing so would limit economic production and exports. The policy also says nothing about harming animals not deemed “endangered.”
The hope is that as this issue gains greater traction, demand for truly sustainable and animal-friendly palm oil will result in a genuine resolution to this problem. Until that time, at least when it comes to the use of palm oil in vegan butters, a safe alternative is to make one’s own from coconut oil (bearing in mind ethical considerations relating to coconut harvesting). To that end, below is a recipe for palm oil-free, homemade vegan butter.
​* There are vertical farms that use no pesticides, herbicides, animal manure, or animal byproducts. Using artificial lighting and climate control, stacks of plants flourish in tall, indoor towers. These farms grow herbs, greens, tomatoes, and more year round in a very small and clean space—about 120,000 plants in only 36 square feet—and with a lot less water. They also use about 80 percent less energy compared to conventional and organic farms. The result is that they can replace 44,000 square feet of a traditional farmland with 36 square feet in a vertical one. And no animals are inadvertently killed in any of the farming
** Critics of palm oil “greenwashing” argue that the most popular of these labels, issued by the Roundtable on Sustainable Palm Oil (RSPO) and endorsed by the World Wildlife Fund, is failing to deliver on its promise, with an investigative report by another environmental organization revealing “collusion between auditors and companies, conflicts of interest, and a flawed complaints system.” As a result of these findings, the group concludes that despite labeling to the contrary, RSPO-certified palm oil may be destructively and illegally produced.