Of Mice and men 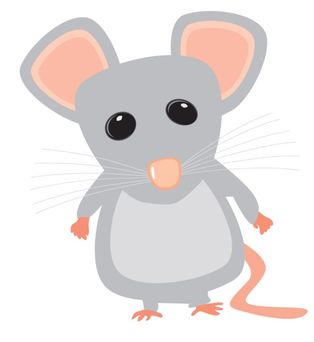 Our little house guests arrived shortly after we purchased an aviary for our rescued pigeons. Having found a good place to set up shop given the abundance of seeds that could be found scattered around the outdoor cage by hastily pecking birds, they sought permanent residence and made a home for themselves in our crawl space and with time, our walls. We knew they were there by the tiny sounds we could hear them making; an anxious scurry here, a little scratching over there.
We did not fear them, these fellow travelers in life or, to quote Robert Burns, the gentle-hearted Scottish poet , our “poor earth-born companion(s) and fellow-mortal(s).” Nor did we resent them, knowing that they were merely acting as we do, on the same instinctual impulses for comfort and survival. Absent any malice, the little rodents were simply going about the business of life, no doubt oblivious to the fact that they were guests in a home that was already occupied.
Yet when we began to worry that allowing them to remain meant a remodel of interior walls filled with electrical wires that might endanger us all, we decided it was time for a gentle eviction.
After several failed attempts to hire rodent proofing companies that gave us a humane guarantee on the phone only to show up at our door with traps, poisons, and lame assurances that there was no way to fix the problem without causing suffering and death, we turned them all away and took matters into our own hands. Armed with copper netting, cans of spray foam, and knowledge gleaned from the internet on DIY rodent proofing, we entered the crawl space and attic of our house and found and sealed the entry points the little critters had been using. After setting out water and several humane traps* to catch and release anyone we might have inadvertently locked inside, we caught one little girl. When a quick inspection of her belly from the bottom of the cage confirmed she was not a lactating mother, we released her into the woods behind our home. Off the little rat scampered when we opened the door of the trap to freedom, never to be seen or heard by us again.
The moral of this story? First, when rodents or other animals take up residence in your home without an invitation, fix the house, don’t hurt the animals.
Second, there is always a humane solution to any conflict of interest with animals, whatever the “experts” might tell you. In the best laid schemes of mice and men, where there’s a will for doing things humanely, which must, by definition, include a respect for life, there is always a way.
Click here to purchase humane rodent traps